Get fresh music recommendations delivered to your inbox every Friday.
We've updated our Terms of Use. You can review the changes here.

Man on the beach 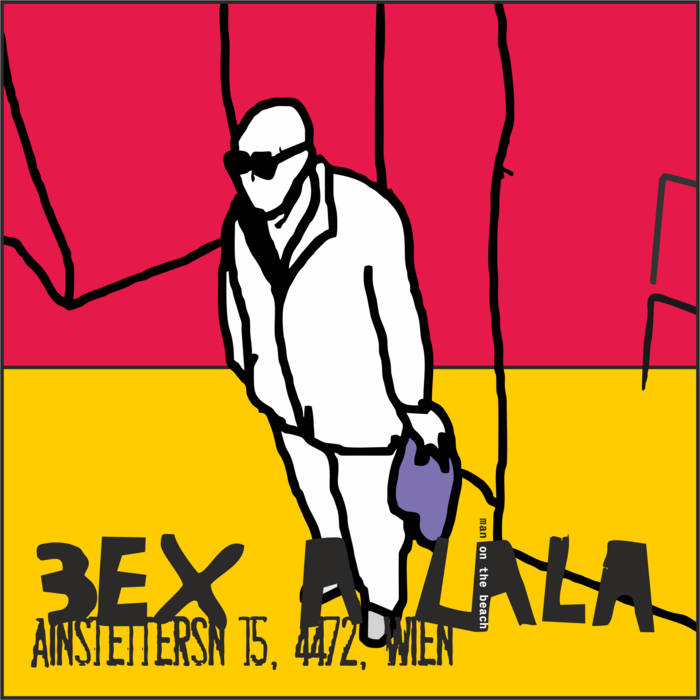 This is a story of a man who erased his past before he was found dead.

In 2009, the body of a man who claimed to be called Peter Bergmann was found on an Irish beach. One afternoon in June 2009, a slim man in black took a bus to Sligo, a small coastal town in Ireland. Three days later, after a quiet weekend spent largely alone, the man was dead.

The earliest known point of Bergmann’s journey was Derry in Northern Ireland, where he boarded an afternoon bus towards Sligo. He arrived at 6:28 pm and took a taxi downtown. The first hotel he tried to get to had no vacancies – it was a Friday night in the peak of the summer tourist season. Bergmann was more fortunate at the Sligo City Hotel on Quay Street, where he paid in advance for three nights. Upon check-in, he gave the address Ainstettersn 15, 4472, Vienna, Austria, which matched his German accent. He entered the name Peter Bergmann in the registration book. At no point was he asked for identification.

The next day passed quietly. At 10:49 am Bergmann went to the Main Post Office, where he bought eight stamps. He ran errands in town and returned to the hotel to eat and smoke outside occasionally, staying away from everyone else.

Early Sunday afternoon, he left his hotel for the only taxi rank in town and asked to be taken to a quiet beach where he could swim. The driver took him to Rosses Point, a peninsula known for its amazing views, about 15 minutes’ drive away. On arrival, Bergmann got out and surveyed the area. Instead of staying there, however, he immediately took a taxi back to Sligo, where he spent another lonely evening.

Shortly after 1pm on Monday June 15, Peter Bergmann checked out of the hotel and left the key at the reception. He also left one of his plastic bags and an empty black suitcase. He took a roundabout road to the bus station. At one point, he stopped at the door of the shopping arcade and wondered if he wanted to turn back. Eventually, however, he made his way to the bus station, where he read notes on scraps of paper he had pulled from his pocket, then tore them up and tossed them into a nearby garbage can. The bus to Rosses Point left with him at 2:20 pm.

It was later established that a dozen or so people saw Bergmann on the beach that afternoon. He made no attempt to hide. Beach-goers remembered his figure, dressed from head to toe, on the seashore.

The next day, not long after six in the morning, a local man and his son were running along the beach amid the remains of the sea mist. They were the first to find the body of a thin, middle-aged man with short-cropped gray hair. Peter Bergmann was dead.

Peter Bergmann’s body was taken to an autopsy. He was found naked and his clothes were scattered on the shore. The pockets were empty. No money, no wallet, no ID documents. It was quickly established that he did not drown, but died of a heart attack. Tests revealed advanced prostate and bone cancer. They also revealed previous heart attacks and one kidney missing. The toxicology report did not provide any evidence of the presence of drugs in the body, despite the intense pain that Bergmann was suffering from.

It quickly turned out that the mysterious body is shrouded in mystery. The lack of an ID card or other personal belongings and the fact that the labels of the clothes were cut off with scissors gave reasons for reflection. Authorities checked the address provided and found an empty lot in Austria, and extensive searches revealed no Peter Bergmann who could match the man found. The letters he sent from Sligo have never been found.

As time went on, the mystery grew. The last days of Peter Bergmann were put together by combing the Sligo CCTV network. Every day he left the hotel armed with a purple plastic bag filled with something, and returned empty. He appeared to be “depositing” his belongings in various rubbish bins throughout the city, being very careful not to get caught by security cameras.


His actions indicated that he consciously chose everything from a nickname to the place and time of death. He was at the end of his illness and he wanted to die, so he did it in a perfectly thoughtful manner. To this day, it is not known who Peter Bergmann was.

“Man on the Beach” was created as an epitaph for Peter Bergmann, whoever he was. The story told here does not refer directly to the facts that have occurred. It does not contain the voices of the sea or the city traffic. It does not contain any mournful melodies. It is an attempt to synthesize subjective feelings about Bergman’s story with the help of the language of sound. These six songs emanate the most likely line of his conduct. From learning about the inevitability of a deadly disease, through the stages of planning his own death, to a culminating heart attack. Work on the sound material took almost two years. But it was worth doing because the result, while not easy to perceive, is truly magical.

Bandcamp Daily  your guide to the world of Bandcamp